IKEA Malaysia Drums Up Publicity For Its Foray Into The Northern Region - IKEA Malaysia's fourth IKEA store in Batu Kawan aims to serve more than 6.6 million people in the northern region. A spokesperson told A+M. 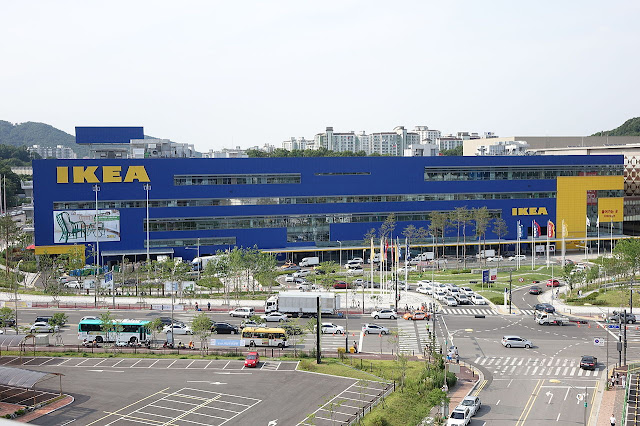 A spokesperson told A+M that it has identified increasing demand from the people of Penang and Northern Malaysia, with many customers in the region driving more than 300 kilometers just to shop at its IKEA stores in Klang Valley. Just 16 days away from the store opening, the Swedish firm revealed features of the store to the media, including 49 showrooms with a localized take on its home furnishing solutions.

An IKEA Malaysia spokesperson said, “We have done a lot of homework to get to know the life at home of Penangites and Northern Malaysians – with the insights gathered and our customized home furnishing inspirations at this new store, we are certain that customers will have a memorable and exciting IKEA store experience.”

Its new outlet in Batu Kawan will also house a restaurant that sits 756 people and a bakery with fresh bakes at its Swedish Food Market and IKEA Bistro.

According to the spokesperson, marketing efforts ahead will be focused on driving awareness as it is a new market for IKEA Malaysia. Among the initiatives lined up include a roadshow for its IKEA FAMILY membership sign-ups throughout Penang and Northern Malaysia. To give customers a taste of these IKEA’s favorites, the firm has also provided the free sampling of its signature Swedish meatballs and chicken balls at events in Penang and will soon be doing so through its mobile food truck as well.

“Aside from that, we’ve also started distributing more than 600,000 IKEA catalogs throughout the northern region – ensuring our future visitors are ready and inspired before we open our doors. We also rolled out a slew of online and offline advertisements with a local tease – these advertisements have already captured the attention of customers,” said the spokesperson.

Its spokesperson told A+M that there will be a special opening promotion and in-store activities for families that will be shared later this week on its website. Text100 works alongside IKEA Malaysia from the PR and communication front whereas BBH Singapore serves as the creative agency for the overall campaign approach for this new store.

Pathmalingam Arumugam, store manager of IKEA Batu Kawan shared, “On top of providing a great day out for customers, we are also committed to inspiring people to live a more sustainable everyday life. Our range of home furnishings will also include numerous sustainable products such as LED light bulbs, food savers and recycling solutions among others.”

In November, the Swedish furniture giant announced that it will be slashing approximately 7,500 jobs, mainly administrative, worldwide by 2020 to focus on e-commerce and its smaller outlets. Meanwhile, IKEA will be recruiting approximately 11,500 people via parent company Ingka over two years, as it plans to open 30 new stores and build up digital capabilities.