Mortgage Rates Fall For The Third Week In A Row

Mortgage Rates Fall For The Third Week In A Row - Mortgage rates' steady decline is making purchasing a home more affordable just as the spring buying season heats up. According to the latest. 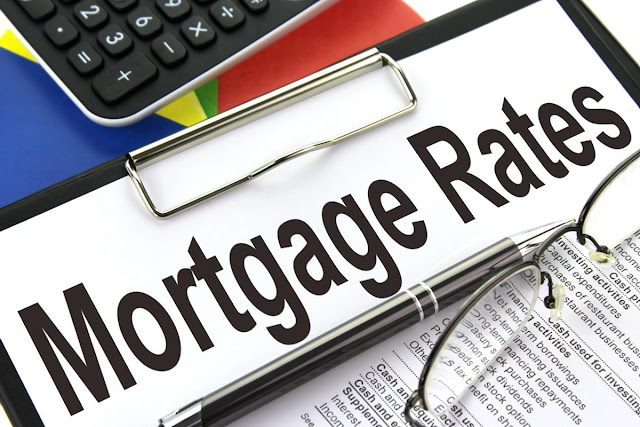 According to the latest data released Thursday by Freddie Mac, the 30-year fixed-rate average dipped to 4.35 percent with an average 0.5 point. (Points are fees paid to a lender equal to 1 percent of the loan amount.) It was 4.37 percent a week ago and 4.40 percent a year ago. The 30-year fixed rate has fallen 16 basis points since the first of the year. (A basis point is 0.01 percentage point.)

“Today’s news from Freddie Mac should give buyers some optimism this spring as mortgage rates remain at one-year lows,” said Danielle Hale, chief economist at Realtor.com. “But this spring won’t be without its challenges. Most markets are continuing to see rising home prices, which means many buyers will have to make some trade-offs in order to close this year.”

The Federal Reserve released the minutes from its January meeting this week, which showed central bank officials unsure about the need for interest rate increases in 2019. Although the Fed doesn’t set mortgage rates, its decisions influence them.

“Wednesday’s release of the minutes from January’s [Federal Open Market Committee] meeting paints a picture of a more muted outlook for interest rates over the next year,” said Aaron Terrazas, Zillow senior economist. “All eyes are on a string of Fed speakers over the coming week when we will also see a slew of housing market data, which was a soft spot in the economy at the end of last year. However, the January data are unlikely to provide a definitive judgment on the underlying health of the economy. The market signal in January home sales and permits is likely blurred by the partial federal government shutdown and the polar vortex that hit much of the country mid-month.”

Mixed economic news is putting a damper on rates. More than 84 percent of purchase borrowers and 81 percent of refinancing borrowers were offered rates below 5 percent last week, according to LendingTree’s weekly mortgage comparison shopping report.

Bankrate.com, which puts out a weekly mortgage rate trend index, found nearly two-thirds of the experts it surveyed say rates will remain relatively stable in the coming week. Michael Becker, branch manager at Sierra Pacific Mortgage, is one who predicts rates will hold steady.

“Mortgage rates follow the 10-year Treasury and have similarly been consolidating with small differences in rates on a day-to-day and week-to-week basis,” Becker said. “At some point, rates will break out of this tight range and we will see either a spike or drop in rates. If global economic concerns dominate markets, then we will see a drop in rates. If optimism based on progress on trade wars or central bank dovishness prevails in the markets, then there will be a spike in rates. For now, I think rates continue their consolidation pattern and that mortgage rates will be flat in the coming week.”

Meanwhile, mortgage applications have finally started to pick up, according to the latest data from the Mortgage Bankers Association. The market composite index — a measure of total loan application volume — increased 3.6 percent from a week earlier. The refinance index rose 6 percent from the previous week, while the purchase index grew 2 percent.

The refinance share of mortgage activity accounted for 41.7 percent of all applications.

“After slumping over the past month, purchase mortgage applications reversed course, rising nearly 2 percent over the past week and 2.5 percent from a year ago,” said Bob Broeksmit, MBA president and CEO. “With mortgage rates lower than in previous months and holding steady, lenders are indicating that prospective buyers may be eager to start their home search before the spring buying season gets underway.”