Some LI Communities Socked By High Auto Insurance Rates, Report Says
Taking the bus might be looking a lot more attractive to some Roosevelt car owners. 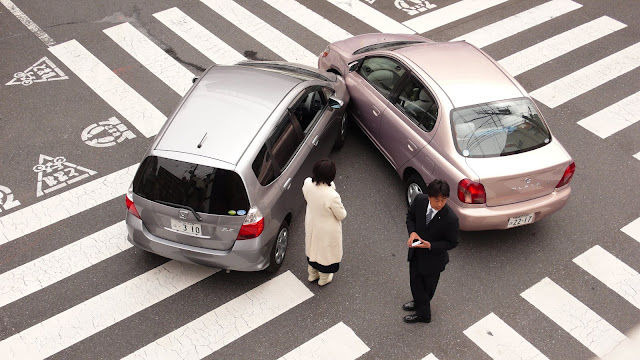 Not only are Roosevelt residents paying the highest average car insurance premiums in Nassau County, but their average cost is higher than the averages in the metro area, New York State and the United States, according to a new report from The Zebra, an auto insurance search engine.

In fact, average car insurance rates are higher than they’ve ever been nationwide, with four out of five Americans seeing price increases over the past year, according to The Zebra, based in Austin, Texas.

“As the population continues to climb, traffic congestion worsens, leading to more collisions, claims and higher rates for everyone,” said Alyssa Connolly, director of market insights at The Zebra.

When ranking prices by ZIP codes, however, Brooklyn has the highest in the state. The average premium in one of the borough’s ZIP codes is $4,075.

Get the Biz Briefing newsletter!
The latest LI business news in your inbox Monday through Friday.

Merrick’s average annual premium, $2,479, was 18.3 percent lower than that of neighboring Roosevelt.

“The simplest answer is that drivers in the higher-paying ZIP codes have filed more claims, so car insurance companies may charge higher rates in those areas because they deem them higher risk,” she said.

Race and income are factors in insurance pricing disparities, according to the Consumer Federation of America, a Washington, D.C., nonprofit advocacy group.

“Minority ZIP codes always pay more. It may be less having to do with race as it is income. Insurance companies don’t like low-income people,” said Robert Hunter, director of insurance for the federation.

In a test of premiums offered by the five largest insurers in 10 cities in 2016, the federation found that in 70 percent of cases in which a comparison was possible, a moderate-income driver with a perfect driving record paid more for basic liability insurance than a high-income driver with a recent DUI conviction.

The American Property Casualty Insurance Association, a Chicago-based trade group that represents about 1,000 companies, strongly denied that race and income are factors in pricing.

“Insurers don’t collect or use race or income data. The state regulators would never permit it. The differences by ZIP codes are purely explained by differences in insured losses,” said Dave Snyder, vice president of the insurance association.

The ZIP codes paying more have greater losses due to congestion, expensive services, and increased theft and fraud, Snyder said.

Driving violations also play a significant role. Getting ticketed for texting while driving increased customers’ premiums nationwide an average of 19.7 percent, or $289, last year. For speeding tickets, the average hike was 23.2 percent, or $341, while DUI tickets raised the cost by 73.9 percent, or $1,086, according to The Zebra.

Beyond that, insurance companies can get personal.

“There are certain life events that can raise or lower your rates. It’s unfortunate, but people who get divorced sometimes have higher rates than people who are not divorced,” said Tobie Stanger, senior editor at Consumer Reports, a consumer advocacy nonprofit based in Yonkers.

Being a married, college-educated, male homeowner with a full-time job and good credit increases one’s chance of paying less in car insurance than those who don’t meet those criteria.

“I would say that New York has the well-maintained reputation of being one of the toughest regulators in the country,” Snyder said.

The bulk of the dollars that insurers receive — 80 percent — goes toward claims for injuries, property damages and legal defense in lawsuits, and overall costs are rising, Snyder said.

Also, the average liability claim in New York State is more than double that for the country, he said.

“Auto repair and medical costs tend to be very high in parts of New York State. Great medical care, but it costs a lot,” he said.

There were 33,849 car crashes in New York State last year, according to preliminary data from the Institute for Traffic Safety Management and Research in Albany. That number is 16.6 percent higher than the number of crashes in 2017.

Insurance companies wishing to raise rates by more than 5 percent in New York require the approval of the New York State Department of Financial Services, which ensures that prices “are consistent with the loss experience of an insurer and that rates comply with the insurance law."

The agency could not immediately provide data on which insurance companies received authorization to raise rates last year, a spokesman said.

“In all cases, the department utilizes its statutory authority to protect consumers by thoroughly reviewing rates to ensure that rates are not excessive, inadequate or unfairly discriminatory,” he said.

But the cost isn’t everything, she said.

“Get a company that is going to treat you well when you have a claim. That has nothing to do with saving money,” Stanger said.

To keep her insurance affordable, Dorothy Fredman of Hicksville has been taking a defensive driving course at All County Driving School in Hicksville every three years for more than 12 years, she said. That saves her about $100 on her premiums every six months, she said.

She also drives an older-model car, a 1995 Chevrolet Lumina, and always follows traffic laws, she said.

“So, if you keep a low profile, then everything is lower for you,” she said.