'The View' Confirms Whoopi Goldberg Is Not Hosting The Oscars

'The View' confirms Whoopi Goldberg is not hosting the Oscars originally appeared on abcnews.go.com 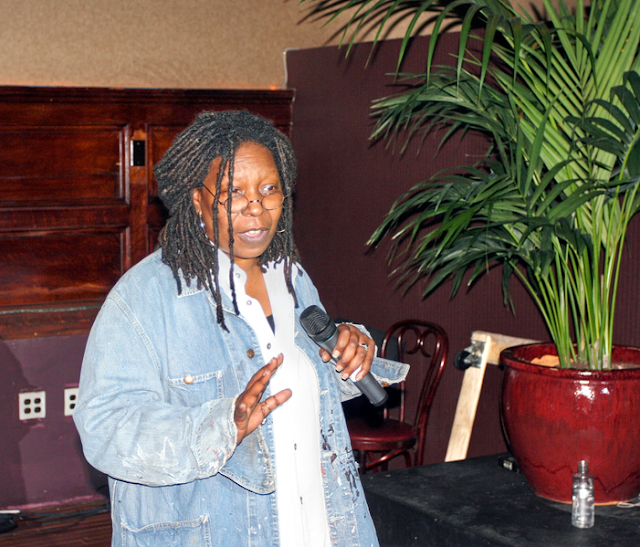 An online theory that Whoopi Goldberg was absent from "The View" because she's secretly been planning to host the Oscars on Sunday was debunked on the show Wednesday.

Fellow co-host Joy Behar "set the record straight" about Goldberg's absence from "The View" the only way she knew how.

"Whoopi is on maternity leave. I'm sorry. It was a miracle!" she joked.

"No, but she's actually recovering from pneumonia, that's what she had," Behar said on Wednesday's "The View." "So I don't think she's going to be able to host the Oscars. And I'm sure she's very disappointed. She's not really even well enough to host the show right now, much less the Oscars."

MORE: Whoopi Goldberg gives her take on how to open the 2019 Oscars

The rumor stems from a post from Twitter user Peter Knegt, who wrote, "Whoopi Goldberg's absence from The View (she's sick, they say) since the day after they announced her as an Oscar presenter+the fact that she's the only previous Oscar host listed as a presenter+she openly said on The View in January that she'd be up for hosting=???"

Despite the falsehood in Knegt's theory, the idea isn't so far-fetched.

More
In 1994, Goldberg became the first solo female host of the Academy Awards. After the first time went so well, she went on to host the award show three more times in 1996, 1999 and 2002.

The last year Goldberg hosted the Oscars, she ended up becoming the first black artist to achieve EGOT status, with a Tony for her role in "Thoroughly Modern Millie."

Now, for the first time in 30 years, the Oscars will not have a host. After Kevin Hart stepped down as this year's host, Goldberg threw her name into the hat of potential hosts, saying on "The View" that she would be willing to host for a fifth time.

Hart said he wants to hear young professionals’ perspectives, learn more about issues concerning them and get their ideas on improving the city.

“I want to hear what millennials and others have to say about housing, race, education, jobs and, of course, why they are in Waterloo, how we can help them stay here and what we can do to attract others to come join them,” Hart said. “Everything is on the table, the good, the bad and everything in between.”